Introducing: Above the Fold

To introduce this year's brand, we have outlined our key values, and how we intend to bring them into our work this year. 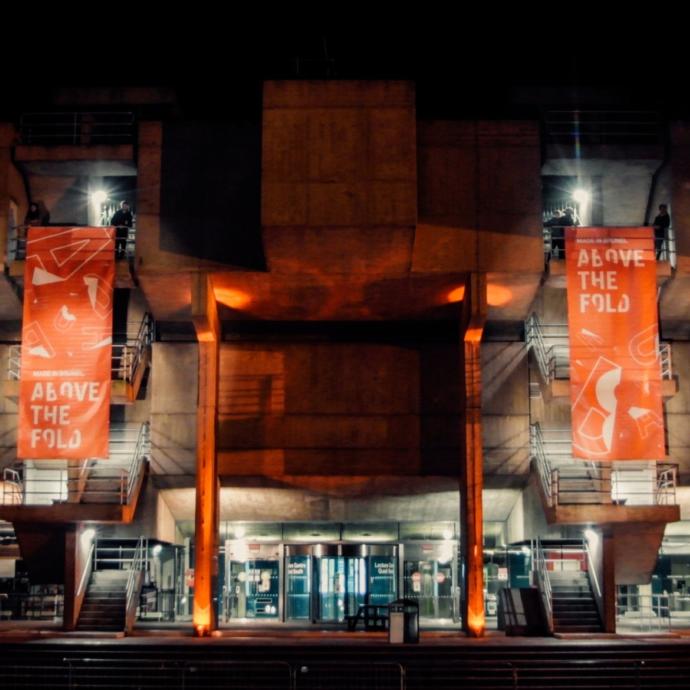 In early December a very excited made in brunel team launched this year’s brand, Above the Fold. Since the launch, the team has been working on projects for the months ahead, to make the most out of this year, despite the significant challenges we face. However, before the first event is announced, we thought we would introduce everyone to the thought process and the ideas that led us to this year’s brand.

Above the Fold was a team effort which combined all of the team’s key values in a unique and positive way.

A word from our directors:

"This year has been a struggle with covid, and the students have shown great adaptability. It's through these tough times that innovation is born. This year we will continue to combine the tangible with the digital in the creation of the new design school. We will build on our industry connections by introducing contests and events to help develop student's portfolios. We will strive to showcase the inspiring work of our up and coming designers and follow in the footsteps of other award winning graduates. We took these aims and built the year's main brand values: tangible, adaptable, connected, innovative and inspired."

We aimed to bring these values into all aspects of the launch, most notably shown in the branding and videography which Made in Brunel is known for. We spoke to brand manager Pav & social media manager Alex to explain the ideas and process behind the look and feel of this year’s brand.

Bringing together the brand

Above the Fold is a reference to newsprint, with newspapers often being folded when stacked, so the most important news story headline was placed 'above the fold' to capture the reader's attention.

After sending out a questionnaire to this year's cohort we determined the brand's values: tangible, adaptable, connected, innovative and inspired. Above the Fold encompasses all of these, with paper being the start of our journey.

Innovative: Made in Brunel fosters designers for the new world that we live in and pioneers the evolution of design.

Adaptable: Made in Brunel doesn’t conform to standards, allowing it to lead the new wave and overcome obstacles.

Tangible: At its core, Made in Brunel about interaction and the physical world - something which should be emphasised now more than ever.

Connected: The ideas and designers that make-up Made in Brunel are intrinsically linked together, becoming ever more critical as we venture toward the digital.

Inspired: Made in Brunel is directly influenced by the new developments and designers of today and tomorrow.

With an amazing team of graphic designers, photographers and render artists, this year, it was important than ever to create a brand that could be represented through these mediums. For the brand launch we hung 6 metre banners from the lecture centre allowing us to make our mark on the year.

With the brand film, we wanted to communicate the physicality of the logo and brand name, which led to the concept of creating a physical copy of the logo and filming the process. Showing the printing, cutting and assembly processes in a raw, macro visual, the film hints at the brand before the final reveal of the physical logo. We also wanted to acknowledge the previous years of Made in Brunel with our countdown, which shows what students have done to refresh the brand year after year.

The team can't wait to show the world what we have planned to engage students, industry members and the public for the remainder of this year.