How has the Internet Developed our Language? And is it Aiding or Hindering our Communication?

Our language is forever adapting to the advances in our society, particularly through the use of the internet. New slang is being created and our vocabulary is forever expanding to match with the fast paced developments. 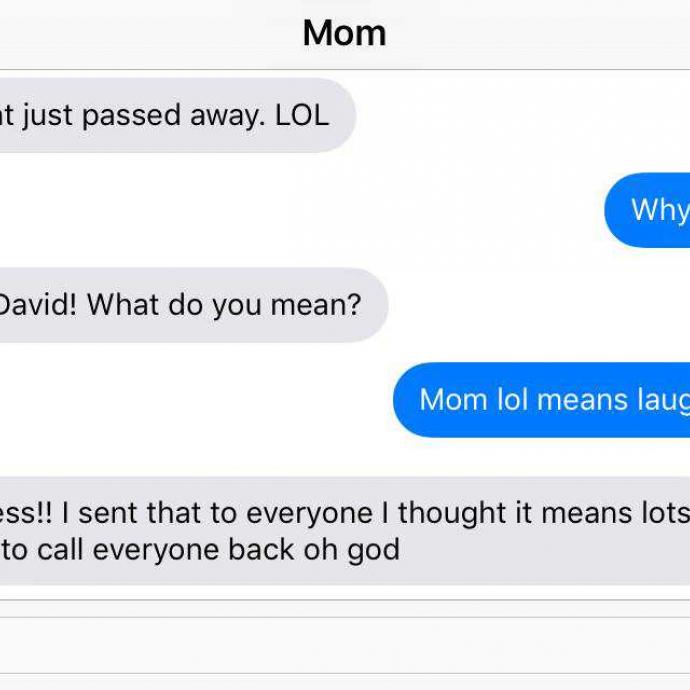 Now with the younger generations growing up alongside the internet, it’s easier than ever to keep up to speed with how things are changing. With the mediums of communication in the 21st century having changed to emails, texting and instant messaging then who’s to say our language shouldn’t develop alongside. With the introduction of IM came the use of emojis and from there came GIFs and now the internet culture of memes; all being used instead of words. Not only are these changes being seen online, they are transcending into our spoken language as well, but is this a bad thing?

As with any community, the internet has created its own language and slang which is slowly creeping into our everyday conversation. Though phrases such as ‘LOL’ and ‘OMG’, which were thought to have come around due to this, have in fact been around long before text messaging was invented. Except with ‘LOL’ meaning ‘Little Old Lady’ back in the 1960’s and not ‘Laugh Out Loud’ until 1989 (OED Online, 2011a,b). These Textspeak abbreviations, as coined by Professor David Crystal, actually only account for around 10% of the content of messages which is contrary to popular belief that text messaging is full of abbreviations (Crystal, 2008). However they are slowly being adapted as part of our spoken language, initially used ironically and out of annoyance and now being used as acceptable everyday words and phrases.

In 2002 Crystal counted such words and built a dictionary of Textspeak which amounted to around 500 abbreviations (Crystal, 2003). In 2004 he extended this to include terms not limited to abbreviations and came to a collection of nearly 1,500 (Kobie, 2015), if this was to be done again assessing the language we use today he predicts it would be around the 5,000 mark. Wordplay forms a huge part of the generation of new internet slang, with the introduction of social media platforms such as Twitter came new vocabulary such as ‘twitterverse’, ‘twittersphere’ and ‘twitterer’. While these terms may sound idiotic and strange to those who aren’t keen Twitter users, they wouldn’t exist at all had Twitter never been created.

As well as affecting our vocabulary, the internet has had an influence on our grammar, although perhaps not quite to the same extent. Changes in the way we speak as well as what we actually say largely have the internet to thank, a recent prominent grammar adoption has been the use of ‘because’ as a preposition. According to Crystal however this use has been observed before and is much like a fashion or meme as opposed to a definitive change (Kobie, 2015). Linguistic blogger Stan Carey explains that the use of because as a preposition is “fashionably slangy at the moment” and while it may be irritating to some and confusing to others, there’s nothing linguistically wrong about it. “Because has become a preposition, because grammar” (Carey, 2013).

Then came emojis, now an international language, with each of the 1,620 icons available being instantly recognisable across the globe. The Oxford English Dictionary even named the ‘Face with Tears of Joy’ emoji as the word of the year in 2015, much to the annoyance of the general public, but does it actually count as a word? We are in a world now where celebrities are creating their own emojis, take the Kimoji app for example; for just £1.49 on the iPhone App Store you can access around 500 Kim Kardashian themed emojis to send in messages and on social media. Emojis are insanely popular and so it’s understandable why Kim Kardashian would want to capitalise on that. 72% of the younger generation find it easier to express their feelings with emojis rather than words and over half say that using them has improved their ability to interact (Bangor University, 2015), though it’s a bit hard to see how the slightly NSFW naked butt selfie Kimoji would help the younger generation to express their feelings.

Numerous marketing campaigns have exploited the use of emojis to target younger buyers who are notorious for being difficult to market towards. Among those that worked well were McDonald’s emoji billboards promoting their ‘Good Times’ campaign, and Domino’s ‘tweet to order’ twitter campaign whereby you tweeted the pizza emoji, after having registered an ‘Easy Order’ account, resulting in a pizza delivery. With any marketing campaign however there’s always room for failure, and regarding emoji campaigns a prime example is Chevrolet. As part of their #ChevyGoesEmoji campaign they published an entire press release written in emojis. Sounds like a great idea however when it came down to it, it got a bit lost in translation: “? :” ? ? ? ? ” (Chevrolet, 2015a) apparently equates to “Design: Athletic build, stylish and good looking” (Chevrolet, 2015b). Is it possible they took it too far?

Our modern language has changed a fair amount purely down to the internet, and why shouldn’t it have had an influence? Internet trends come and go which can be said for a lot of the vocabulary changes we are seeing, however it looks like emojis are here to stay. Like mathematics, emojis have become a globally recognised language, and yes their misuse can be confusing, but for the most part they’ve enhanced our communication and our ability to express emotions online. The English language is so extensive and it’s forever been adapting to the way we are living so it only makes sense that the internet and surrounding technology has had an impact on our communication as well.