How are digital technologies transforming in-store retail within the fashion and cosmetics industries?

Our lives have been inundated with digital technologies in various forms, providing us with vast amounts of content instantly available at our fingertips. More recently within fashion and cosmetics retail, innovations using digital technology have started to pave the way for new methods of interacting with potential purchases, the way we explore a store and how we experience a particular brand. 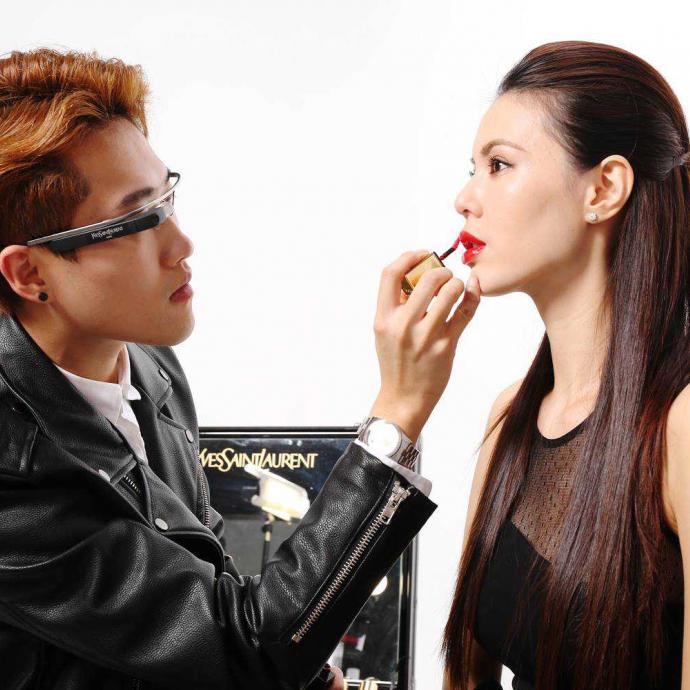 Burberry’s digital presence in 2014 helped its retail revenue grow by 14 per cent to reach £528m over that particular Christmas quarter (Brandwatch, 2014). This acceptance of new technologies has led to the big players within the industry adapting their businesses to accomodate the shift in consumer expectation.

20 years ago, having an online store was important to all retailers and it put players like Amazon ahead of the game. This online presence gave them the platform they needed to become the retail giants they are today. For many however, it was just another sales channel and not considered enough. In the past 5 years, mobile has driven a new consumer behaviour as a result of people always being connected. This has opened up a brand new avenue for on-the-go and convenience sales. Paul Francis, the Senior Director of Digital Platforms at Ralph Lauren feels that “[Mobile phones] hold their attention and as a result, retailers need to use it as a primary channel for their own product discovery. It’s their new shop window(2).” Recent research carried out by Google found that of smartphone users, 82 per cent consult their devices whilst physically standing in a store deciding which product to purchase, with one in ten buying a different product than they had originally planned (Think with Google, 2015).

The pioneering fashion and cosmetics houses have their work cut out in order to become accustomed to this repositioning. Wrights GPX Plastics, a well established retail design specialist who often supply to the cosmetics industry, are also adapting their fabrication techniques to conform with new in-store digital strategies. “Our designs may require the incorporation of access points to digital technology e.g. display screens and tablets into signage, wayfaring and ‘hubs’ etc” said Marketing Manager Brett Sidaway. “Display needs to compete with surrounding technology: it needs to be as exciting, eye-catching and powerful as the surrounding technology. In short, we need to be aware of the ‘bigger picture’ that includes digital technology strategy in-store and across brands.” High street department stores such as Debenhams, Selfridges and John Lewis seem to be at the forefront of rolling out ‘accessible’ digital technology that is user-friendly and boosts brand awareness. However according
to Brett, he feels there is still a long way to go. “The ‘personalisation’ of the in-store experience using digital technology seems to be the next area for expansion; the ability to link purchaser behaviour with in-store activity to create a truly personalised shopping experience seems to be distant for most shoppers.”

This aspect of personalisation seems to be at the forefront of making in-store digital retail a success. But according to YSL (Yves Saint Laurent), this goes further than simply personalisation through a smartphone. “We used to say that luxury is more than product, it’s service. But this is even beyond that – it’s personalised service” explains Stephan Bezy, International General Manager for YSL Beaute. Towards the end of 2014, YSL announced a partnership with Google Glass allowing make-up artists to capture an eye-level video of the style they were applying to the customer as well as the technique used to acheive the nished look (Telegraph, 2015). “The video is a gift for the customer. It’s a very consumer-centric approach.” said Stephan. It is also hoped that this style of customer experience and enrichment of an otherwise traditional service will attract a new wave of digital natives, espeically younger women, to the brand.

These innovative ways of using digital technologies are also having a strong impact within the fashion sector. Select Burberry, Nordstrom and Guess stores are arming their staff members with iPads, allowing customers to mix and match available inventory, browse styles or even order made-to-measure suits (TNW, 2012). However, simply converting what was once hidden spreadsheet content into a visually appealing graphic won’t impress the consumers for long, although it's a positive beginning to a more personalised experience. Perhaps personal interaction between the store and the consumer is the concept that will really revolutionise this sector. Interacting with products online is as simple as sharing your thoughts and pictures via social media and blogs. This concept could be brought offline and into stores through the use of augmented reality coupled with free wifi. Brands can then give shoppers the ability to interact with the clothes, giving them access to as much information as they could have found online but with the physical presence of the item in front of them. C&A, an international fashion retail chain have recently expanded this idea by offering digital in-store hangers that display the number of ‘likes’ the item has received on their store website, giving consumers and the store alike, a totally new and meaningful insight into the product. Macy’s also experimented with a similar concept during the QR code craze which they called ‘Backstage Pass’. Customers could scan an item in-store to gain access to engaging consumer-oriented video content from their celeb-status designers such as Tommy Hilfiger and Michael Kors (Business Wire, 2011).

It is no myth that digital technologies have transformed this industry over the past few years, becoming the heart of up and coming campaigns and strategies. It is also clear that creating successful web platforms can drive sales both online and offline where bloggers, designers and brands can share a compelling story, product or event through social media. In-store retail is certainly becoming a lot more experimental with hundreds of ‘digital’ meets ‘physical’ ideas reinvigorating the fashion and cosmetics sectors, however the perfect concoction is yet to revolutionise the industry.