A Guide to Placement Year

Ever wondered what it's like to do a design placement? This article will tell you all you need to know! 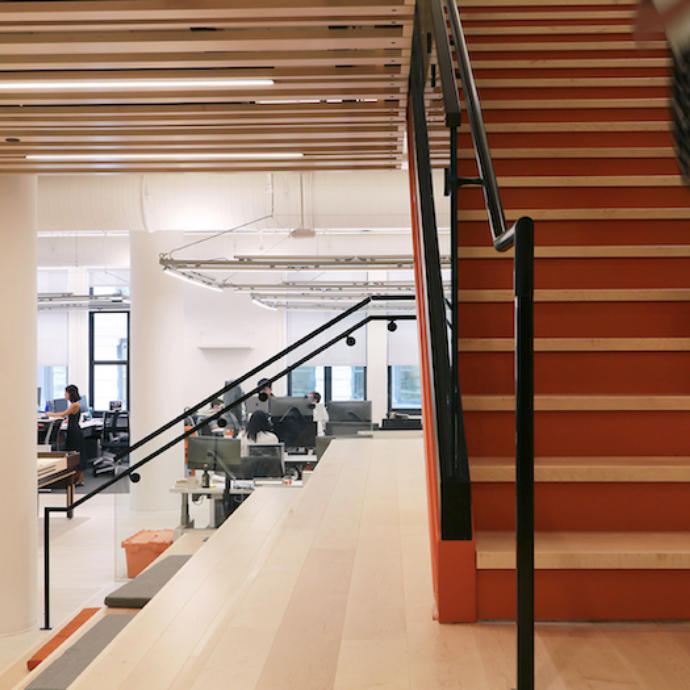 Where did you do your placement?

Joe: I did my placement at a design consultancy called Therefore based in London. They specialize in consumer electronics.

Ollie: I did my placement at a wayfinding consultancy called Endpoint, based at London Bridge.

Dan: I did my placement at dpa Lighting Consultants in London.

Dani: I worked at a tech startup called ‘Blossom Educational’ in West London.

Luca: For my placement I worked at G-Star Raw, in Amsterdam.

How big was the company?

Joe: The company has around 30 employees, so it was small/medium. It was a really friendly atmosphere with a great team of people.

Ollie: It was a small company with only around 15 employees in the London office, and about the same amount in the Dubai office.

Dan: My office was an office of around 15 people but there were also offices in Oxford, Dubai and Edinburgh. They took on two interns from Brunel so it was nice not being the only one.

Dani: The office I worked in was relatively small, we shared the space with another company. The development team worked in Poland, and on a few occasions, visited our office.

Luca: It’s a global company. I worked at the headquarters in Amsterdam which has about 3/400 people working there. As a retail company they also have a lot of stores worldwide.

What was the most valuable skill you gained?

Joe: There's so many. At a design consultancy the work was so varied and I did so many things and got so many skills. If I had to pick one I’d say it really improved my design communication skills through CAD, sketches and rendering. It is a really important skill as it's not just about looking good, it's about communicating your idea so the client understands.

Ollie: I did a lot of different things on my placement that were unique to the wayfinding industry. I learnt a lot about interacting one-on-one with clients, something which I hadn’t done much before.

Dan: Probably networking. We went to a lot of industry parties and corporate events. I got to meet a lot of people at places like the [d]arc Awards where we had to design an installation in 4 months and showcase it.

Dani: I think that the most valuable skill I gained was time management and being able to complete tasks by a certain deadline. The design department consisted of myself and one other permanent designer, so I was often working on the products and creating marketing materials at the same time.

Luca: In my team, I worked with architects, product and graphic designers who all helped me fit into the team and really boosted my teamwork skills. Working around other departments also helped me gain a greater understanding of the entire journey of a project, and how my department was one of many steps.

What aspect of your placement did you most enjoy?

Joe: It was just great being involved on real-world projects and it put so much of what I had already learnt into perspective. It's great to have your work in the real world and not just in your portfolio.

Ollie: I enjoyed working with the other designers at the company as they were very helpful at guiding me in the industry.

Dan: I really enjoyed working with a wide range of people across multiple industries, from interior designers to architects. It helped me to gain a new perspective of how much work goes into each project.

Dani: On a few occasions, I got to go to expos which were events where we would present our product to educators and people in that industry. Doing the prep work for this involved creating booklets and signage for our stand to advertise. I found this very fun to meet people who were actually using the product that I was creating and gain feedback from them in a real world situation.

Luca: I really enjoyed the structure of the 9-5 workday. It helped me balance my work and personal life more and that gave me time to explore my hobbies and the city I was living in. The office was also a really nice atmosphere, with a lot of comfortable facilities. 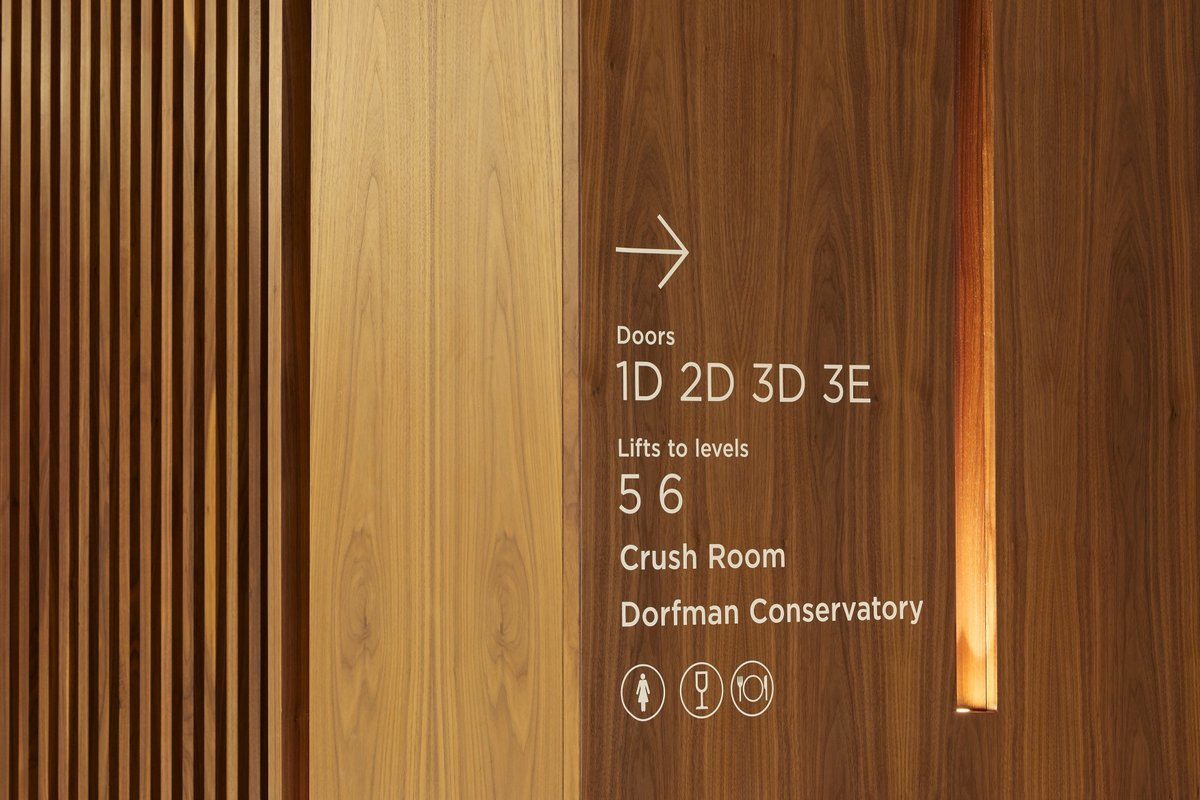 What did you spend most of your time doing?

Joe: My role was as a design consultant so I spend most of my time working on ideation and development stages of projects. I also did some work in research and prototyping.

Ollie: I spent a lot of my time working on architectural elevations, working out the best way to brand the buildings to suitably fit the client's needs.

Dan: I made a lot of lighting calculation models which were used to showcase potential concepts to clients and also as a communication tool. These were also used for our own reference to ensure we were meeting lighting standards.

Dani: The startup setting meant that every few months I would switch departments. I worked on the product, on the website and on the marketing side of things all through my time there.

Luca: I worked retail-based projects, the concept for a new flagship store, balanced with a pop up in Selfridges in London.

What software did you use the most?

Joe: As I was mainly working in product development I mostly used SolidWorks and KeyShot. These are really great tools for taking ideas on paper and translating them into real world concepts. However, the Adobe Suite was something I was also using almost every day.

Ollie: I used mostly Adobe Illustrator and AutoCAD, sometimes using SolidWorks when the 3D forms were more complicated. We often did visualisations in Cinema 4D and Adobe Photoshop.

Dan: DIALux Evo is what I used the most. It's a 3D space building software which I used to create my light calculation models. I also used a lot of AutoCAD.

Dani: I used the Adobe Suite more than anything else over the whole course of my placement, this includes After Effects, which I definitely used more than I expected to. The software that I’m glad I learnt was Sketch, which is an app prototyping/UX concept development tool. This allowed me to create mockups for the app before passing it on to the developers.

Luca: We modelled in SolidWorks, rendered them in KeyShot. We then processed them in Photoshop and then input everything into InDesign to present our concepts.

What was something you didn’t expect to do, but really enjoyed?

Joe: There were some briefs that at first seemed quite simple, however as we got into the development we were allowed more creative freedom compared to more flashy projects, in the end these were some of the projects I enjoyed most.

Ollie: I didn’t expect to go onto live building sites, hard hat and all. We would take measurements and do some in situ paper testing.

Dan: There were a few times I got to develop concepts and have a lot of freedom over what was done. It was nice knowing that as an intern I was valued and respected by members of the team.

Dani: I never expected to learn Search Engine Optimisation. While working from home, I was tasked with redesigning the website from scratch. This included rewriting all of the content for the website. I used SEO Monitor to gain insight into which keywords are most important, and how to integrate them into the website.

Luca: I did a day of working in an actual store, as part of developing my understanding of the flow of operations that I would then be designing for. This allowed me to gain an insight into the people interacting with the space I was going to design and it was really good fun.

What advice would you give to someone looking for a placement?

Joe: If you’re looking for work where you’re not doing the same thing every day, a consultancy is a good place to start looking. It keeps you on your toes. My advice would be to go into work every day with an open mind as you don't know what you could be working on next.

Ollie: Don't think you have to do a product design placement, just because you do product design. A lot of the skills you gain from this degree are transferable to pretty much all design-based occupations. You can often find some great jobs that you wouldn’t normally consider outside of a placement year.

Dan: In my interview, they were very interested in my thought process and communication more than the outcome. I’d recommend you bring some examples of logbooks and rough concept development as it shows your thought process in a lot more depth than the polished final outcome.

Dani: I would say, definitely consider working at a startup because it will give you a massive range of skills that you never realised you were missing before. The small size meant that you are immediately a valued member of the team, and I was given a great deal of responsibility that I don't think I would have been given at a larger company.

Luca: Look beyond what Brunel has to offer. Don’t be afraid of going international as it can really open up your opportunities that might not be available in the UK. However, it does help to have a back-up in case something doesn’t go to plan.

What would you do differently if you had the chance?

Joe: I wish I could have spent more time in the office, although that was the pandemic’s fault and not mine. I started cycling into the office at the end of the year and I wish I had done that for the whole year, it was a really good way to start the day compared to sitting on the tube for an hour.

Ollie: I wish I had explored the area I worked in more. I walked around more after going back into the office after working from home for a few months and I found a lot of hidden gems.

Dan: Ask more questions. You’re on a learning curve and you shouldn't be afraid to ask questions because you’re not an expert yet. Don’t be intimidated by the fact people you’re working with have been doing it for a lot longer than you have. The course is a lot different from industry and it's important to ask questions while you can.

Dani: I would have lived closer to where I worked. My daily commute was an hour and a half each way, on 3 trains and a bus, and did become quite exhausting after a few weeks.

Luca: I focused more on my own comfort than I did pushing myself beyond my boundaries, and I never gained a proper connection with where I had moved to. It’s especially important when moving somewhere alone to try and develop a social life, if there are other interns at the company it can be a great place to start.

A special thank you to Joe Ground, Ollie Singleton, Dan Fredericks and Luca Bertacca for taking the time to sit down and chat about their experiences in the design industry.